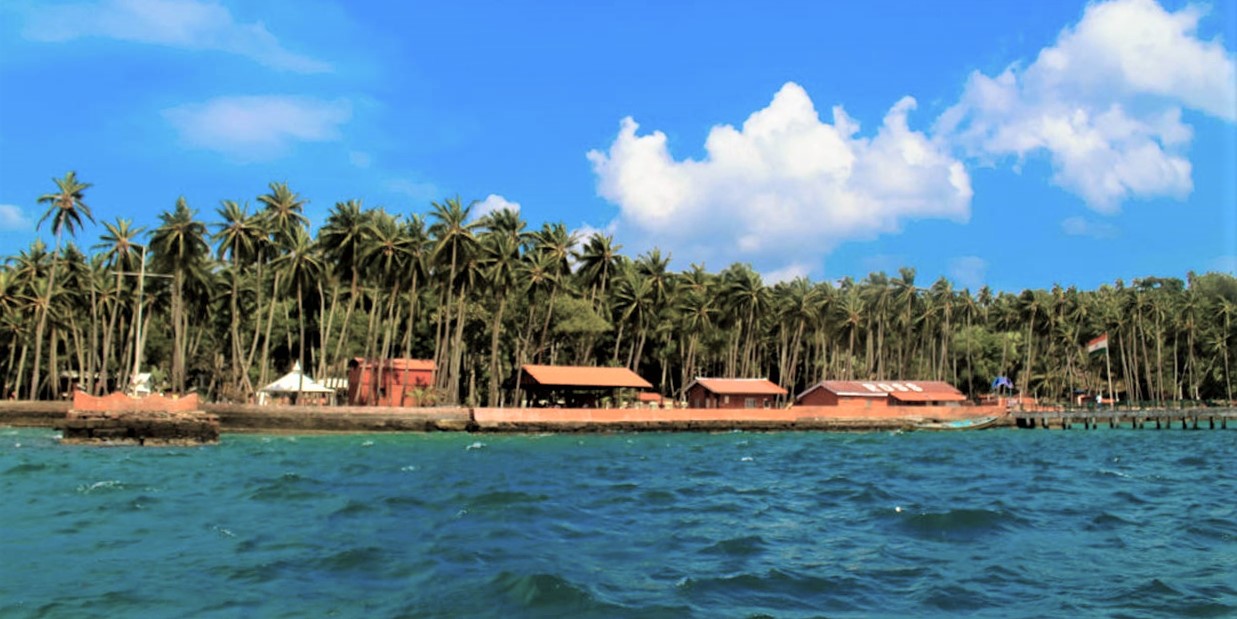 Pick up from airport & transfer to hotel. Afternoon visit the National Memorial – Cellular Jail, designed especially for solitary confinement it earned the Islands the dreaded name of Kala Pani. The Cellular Jail has a pride of place in India’s freedom struggle. Many a stalwart were imprisoned here. Declared a national memorial, this three floors prison constructed by Britishers in 1906, is a pilgrimage destination for freedom fighters. This colossal edifice has mutely witnessed the most treacherous of inhumane atrocities borne by the convicts, who were mostly freedom fighters. Evening witness the enthralling ‘Sound-&-Light Show’ at Cellular Jail, where the heroic saga of the Indian freedom struggle is brought alive. The Light and Sound Show provides a vivid experience of its strong association with the freedom fighters and their struggle for independence. Return back to hotel. Overnight at Port Blair.

Post breakfast visit the Administrative Capital Prior to Independence from where the Britishers governed the entire A &N Islands, the island is now under the Indian navy. NETAJI SUBASH CHANDRA BOSE ISLAND (ROSS ISLAND), it stands now as a ruin of the bygone days with the old structures almost in debris. There is a small museum named Smritika, it holds photographs and the other antiques of the Britishers relevant to these islands. The island is famous for friendly flocks of Deer and lush green walking trails. Later after Netaji Subash Chandra Bose Island (Ross Island) sail to North Bay Island (Wednesday closed) – also known as Coral Island, here one can enjoy the Glass Bottom Boat Ride & Snorkeling / Sea Walk / Scuba Diving at additional cost (optional activities) to explore the Coral reefs underneath. Return back to Port Blair, transfer to hotel. Overnight at Port Blair.

Post breakfast transfer to jetty to take ferry for Havelock Island (situated 54 kilometers northeast of Port Blair), the island is a hidden jewel. Swaraj Dweep (Havelock Island) is a serene tropical island encompassing about 86 square kilometers. Its clear waters are rated among the best in the world for snorkeling and scuba diving. Close to 1000 different species of marine life inhabit the waters of the Andaman Islands. Scuba divers can see nudibranchs, sea slugs and snails, varieties of ghost pipe fish, jaw fish and a number of different crustaceans of all shapes and sizes. With its serene beaches, 40 meters visibility underwater, colorful coral reefs and ‘far from the maddening crowd’ appeal, Swaraj Dweep (Havelock Island) has emerged as a dream destination among discerning travelers.

On arrival, meet and assisted by our representative. Board the waiting vehicles and drive for Radhanagar Beach (or Beach No. 7) is the jewel in the crown of Swaraj Dweep (Havelock Island). Located on the western side of the island, it stands away from the cluster. The glorious white sand beach shot to global fame when Time magazine (in 2004) rated it as the finest in Asia. With lush tropical forest rising on a hill to one side, the draw of this white sand beach has steadily grown in the legion of avid beach buffs.

A wide beach that runs over a few kilometers, Radhanagar is simply stunning. It lends itself to a variety of activities. Afternoon transfer to the hotel. Overnight at Havelock.

Post breakfast proceed to – Kalapathar Beach, a small but charming beach in the Havelock Island. This stunning beach has golden sand beds and turquoise blue water. The beach lies next to the village of Kalapathar. Hence it derives its name from the beach. You will be impressed by the stunning scenic beauty of the beach. You can spend a great time at the beach. Strolling at the beach would be fun. You will feel the cool breeze tingling through your hair. Walking on the soft sand and observing the landscapes of the Kala Pathar is another leisure activity. The beach is less crowded making it the best place for those who love peace and tranquility. The black rocks that lie along the seashores make a bright contrast with the silver sand. Green dense forests surround the beach from all sides. You can carry a hammock and bind it with a tree. Resting in the hammock and viewing the stunning beach views is a great recreational activity. The coconut groves along the beach promenade present a spectacular sight. The marvelous beauty will grab the attention of your eyes.

Afternoon transfer to Havelock jetty to take return ferry to Port Blair, on arrival transfer to hotel. Evening is free to explore Port Blair city by foot at your own. Overnight at Port Blair.

Post breakfast proceed to Wandoor Beach, 30kms ride from Port Blair city through the Tsunami affected area, once used to be paddy land now fully covered with water resembles like a lake. One can have a glimpse of migrated wet land birds, now become an attraction for bird’s watchers. Later transfer to airport for departure.